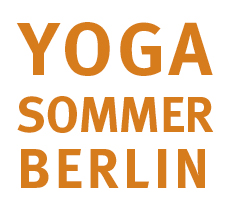 Michael J. Stewart is a teacher, nomad and creator of Shanta Vira Yoga. Born in Karachi to an Assamese mother and a Scottish-Irish father, he developed an early interest in a broad sense of humanity. His first initiation in to spirituality and esoteric practices came from his maternal grandmother, a healer who was deeply connected to her Hindu roots and as much, a counter-cultural rebel. Being raised by his athletic and disciplinarian father, he spent his youth building a relationship with the physical body through boxing, competitive powerlifting and bodybuilding. Michael has since lived, studied and traveled in over 30 countries.

While in theater school in Chicago, he was introduced to Yoga as a way of calming the mind and exploring subtle aspects of expression. Once this deep, familiar acquaintance was made, his life took a turn away from theater and fully toward his life as a yogi, seeking and deeply delving in to all aspects of spiritual life.

In New York City, Michael went first to Jivamukti Yoga and Astanga Yoga for regular classes and a crucial stay at the Sivananda Ashram in the Bahamas where inspiration fortified his understandings. He went further afield to study the precision of Iyengar Yoga in India with Sharat Arora and Rajiv Chenchani.

His religious studies during all of these explorations brought him as well to Buddhism, Christianity and Sufism. He developed a daily practice of Mindfulness and Mantra and lived for several years in intentional communities where humans focused on building healthy relationships – interpersonally and interiorly.

Decades later, Michael met Dharma Mittra and through his presentation of Classical Yoga spurred a next level of inquiry in to the human condition, the Self and the possibilities that Yoga holds. At the peak of this questioning, Michael became aware of a lineage of South Indian Tantra called Rajanaka. These teachings of Saivism and Saktism, as offered by Dr. Douglas Brooks, responded clearly to his own soul’s desire.

His journey continues on this path today.